An Example for Agnostic Atheism

An Example for Agnostic Atheism

"How can you be an Atheist, if you admit that you don't know for sure whether or not God exists? Isn't that Agnostic, and not Atheist?"

"If you're not sure whether or not God exists, why don't you believe in Him?"

Let me use an example subject: Vampires. If someone were to ask me if I thought vampires were real, I would say "No, that's just silly." Does this mean I think there is no way that vampires could ever have existed in some part of the world at some point in history? I don't know, I'm not omniscient. Maybe there's something far below a 0.0001% chance that a real vampire could have existed somewhere at some point in time. Does that mean I believe in vampires? Far from it. In fact, the likelihood of their existence is so abysmal, it's probably not even with thinking about, much less writing lengthy forum posts on the subject. But here I am doing just that... and why, you ask? Because if someone asked me if I think the God of the Bible is real, I would say "no, that's just silly." 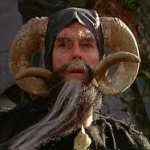 Re: An Example for Agnostic Atheism